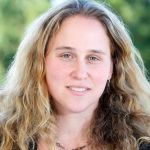 I have been working as a social worker in Humboldt County since 1997.  The majority of my professional experience is in child welfare, adoption, and Indian child welfare.  I had the great privilege of working as a generalist social worker for the Yurok Tribe.  I have personal and professional experience and interest in topics related to death and dying, creating and managing new social service programs, addiction, spirituality and self care as it relates to preventing professional burnout.  I have a great passion for the profession of social work and have often referred to my journey into social work as being a personal calling. Humans like to categorize things as good or bad, this leaves very little room for the nuances of life and ultimately leaves us disconnected from ourselves and each other.

My big idea worth spreading is about having more progress and connection, as an entire species, via explaining esoteric concepts in quasi-scientific language; that if let unexplained to less people, it would lead to more confusion, regression and reduce the rate of amelioration, progress and connection. The purpose of this speech is to edify the paradox, the nature, of the universe, and explain, in quasi-scientific language, how and why it all makes sense. Through understanding comes illumination of the unknown, the future.

The Logic of Matter Emerges from Energy 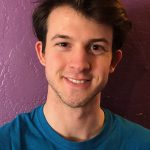 Will This Be on The Test? 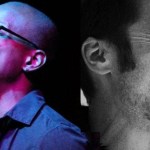 When we tell our stories we find the places we connect. Mike Taylor writes poems that tell his own story while uncovering feelings most people can relate to. He is a three time competing National slam poet and has been performing spoken word on large stages internationally for 15 years. In 2008 Mike won the San Francisco Teen Slam and also competed at Nationals in Washington DC that same year. He was also featured as an upcoming poet on the documentary Brave New Voices which aired on HBO, and in 2012 he won the International Farrago Poetry Slam in London. He has since performed at schools and businesses including Google, and YouTube.
Ten years ago as a freshman at San Francisco State University, he Founded SPARC Poetry to introduce spoken word to elementary students in the Bay Area. In 2011, SPARC Poetry received full sponsorship for the Pacifica district and is now being offered in 13+ schools in Pacifica, Hayward, and Richmond. SPARC Poetry is designed to help students conquer stage fright at an early age. The curriculum is built to fit different student needs, focusing on ways to enjoy the English language, methods to engage in self reflection, and opportunities to advocate for social change. He is also a Program Director of the umbrella company Bay Area Creative which connects organizations that foster growth through writing.

Wil Gibson was born from a good idea and a bottle of bourbon and raised in some of the poorest communities northern Illinois and eastern Arkansas have to offer. Wil currently lives in Humboldt County, California where the trees are big. He has had 5 collections of poems published by kind people, and has been included in a number of anthologies and lit mags both online and in print, such as Marsh Hawk Review, Button Poetry, Midwestern Gothic, Drunk in a Midnight Choir, Cascadia Rising, Collective Unrest, Yellow Chair Review and many more. He has twice been nominated for both a Pushcart and Best of the Net, and currently spearheads the Redwood Poetry Project.
He likes people and loves dogs a lot. He would like to pet your dog, and maybe talk to you a few minutes about lighthouses or random historical facts. 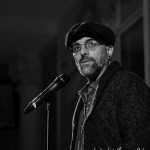 It’s Time to Film Out Loud 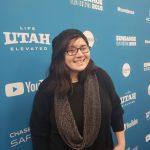 Liberty Ingraham-Gonzales graduated from California State University of Monterey Bay with a degree in Cinematic Arts and Technology in 2018. Her degree focus is in producing and film marketing. In late 2017 Liberty completed an internship as an associate post-production producer and assistant editor on Lise Swenson’s feature film ‘Saltwater’. In March of 2017, Liberty worked with CSUMB and the Library of Congress, collecting veterans stories for archival purposes. She created a short documentary from her archival work called ‘Conflicted’, which screened at the 21st Annual Social Justice Colloquium. She spoke about this project as a
collective at the Environmental Film Festival in the Nation’s Capital in March 2017, as well as the National Council on Public History in April 2017. Liberty received the honor of being inducted into the Library of Congress in March of 2017, and was awarded a certificate of recognition by the United States Congress. Liberty held the appointed position of student representative for the Cinematic Arts and Technology department in the College of Arts, Humanities and Social Sciences at CSUMB from 2016-2018. Liberty completed 3 capstone films, and is the first person to do so at CSUMB. In 2018 Liberty was part of the research team on the feature collaborative film ‘War and The Weather’, a film by Enid Baxter Ryce and score by Philip Glass. In January 2019 Liberty was selected to work at the Sundance Film Festival as a Crowd Liaison, Theater Usher, and part of Theater Operations team. Her most recent work, 1969 Toro, will be on gallery display in the Salinas Art Center in March of 2019. Liberty currently is working on the feature film ‘Addicts Among Us’ and is an intern for the Humboldt Film Commission.